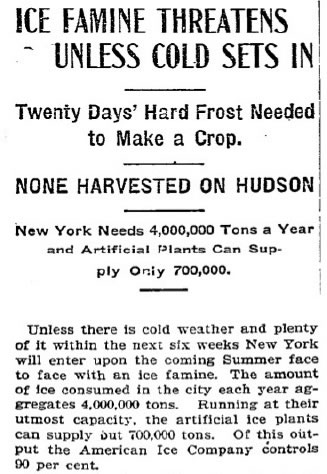 Warm winters often prevented a successful ice harvest, thus creating ice famines. Americans now dependent on a regular supply were scrambling for ice. Due to the unpredictability of natural ice, a decreasing clean water supply and the growing impatience of industrialists, the production of artificial ice began to grow. 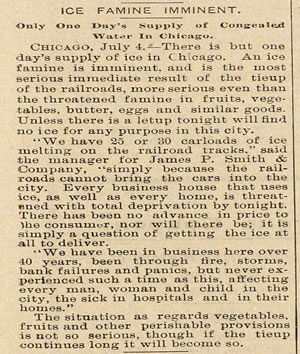